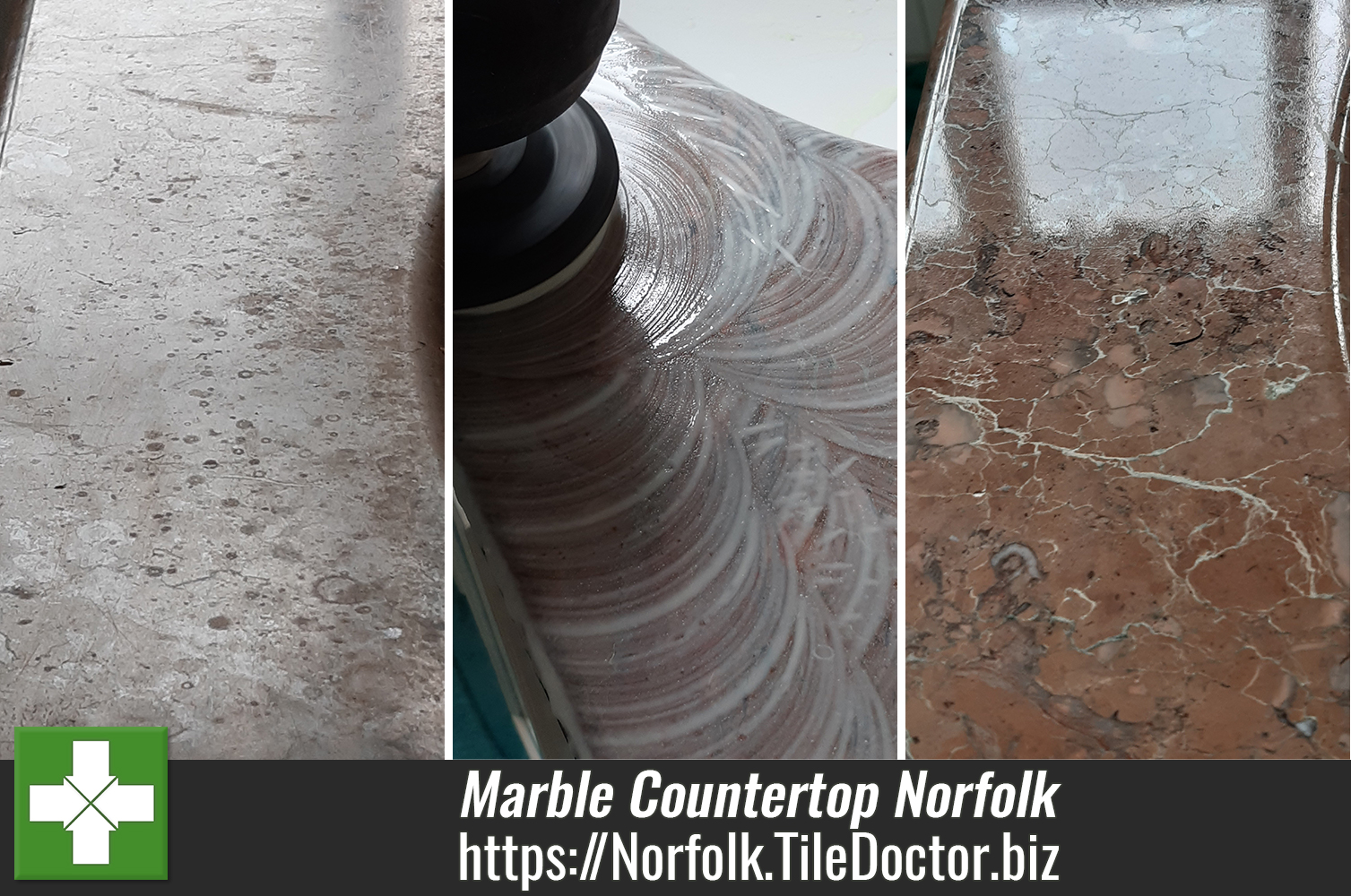 My client in the village of Swardeston (just south of Norwich) had attempted to remove limescale deposits from a Marble bathroom countertop using a supermarket Limescale remover and ended up making the whole problem worse.

The water in Norfolk is exceptionally hard and can quickly leave a thick build-up of limescale in kettles and bathroom fittings. This isn’t a problem to keep on top of using an acidic cleaner like Viakal or Limelite however these products are acidic and not recommended for use on or near an acid-sensitive natural stone such as Marble or Limestone. In-fact the surface of Marble and Limestone is instantly etched when they come into contact with these products thereby ruining the appearance of the stone. 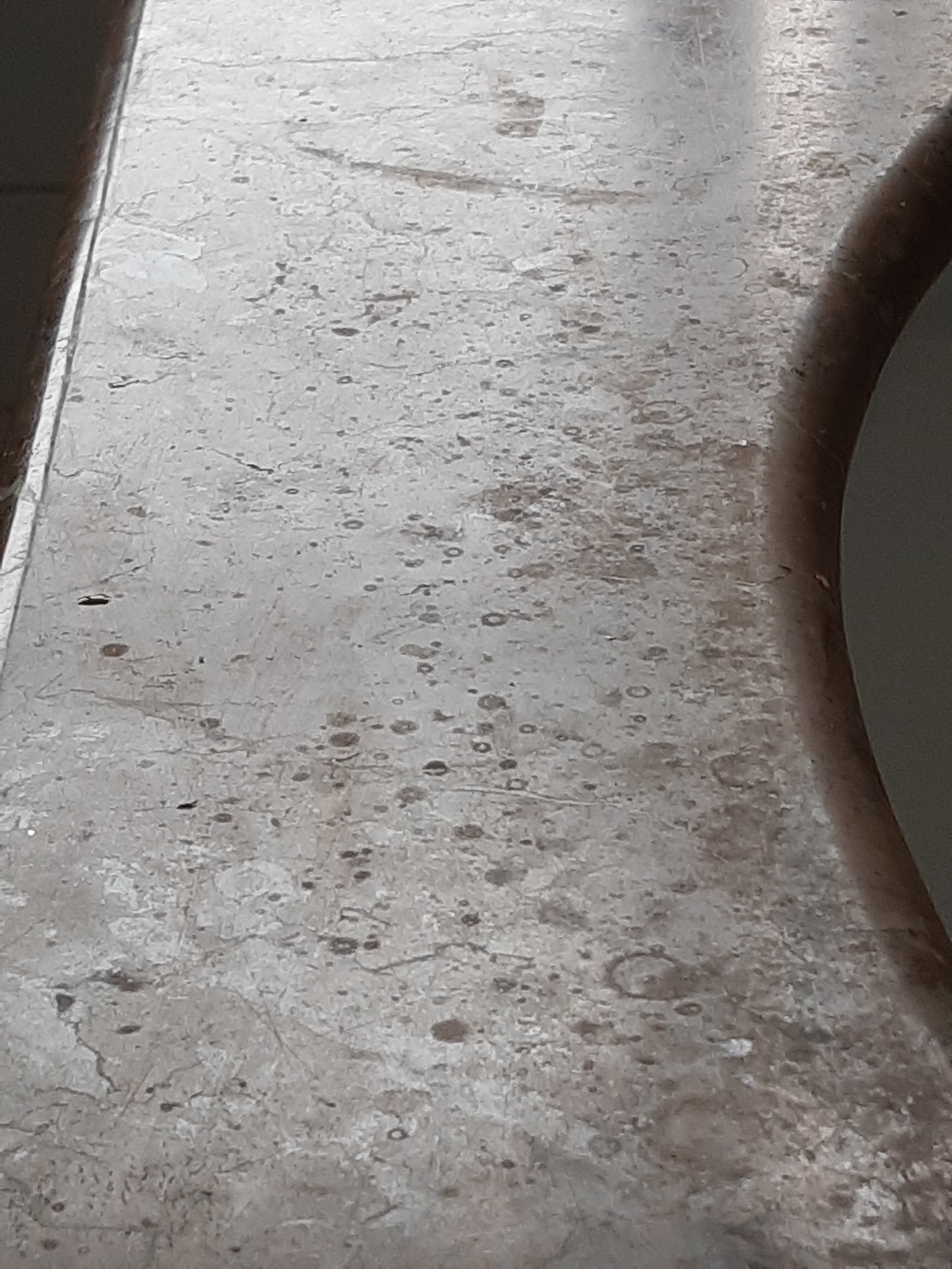 This is exactly what had happened to our client in Swardeston and, over time, the surface of her marble vanity unit became severely etched leaving the stone completely dull, pitted, and unattractive. She had assumed the dullness was due to limescale build-up so just kept applying the product which of course exacerbated the problem to the point where the replacement of the large and very expensive twin-basin Marble countertop seemed to be the only option.

Removing Limescale and Acid Etching from a Marble Countertop

Looking for a solution we were asked to visit the property and whilst there immediately realised what had happened to the stone.

Fortunately, we were able to offer a much cheaper option involving the application of a series of diamond burnishing pads that could cut back the surface of the Marble and repolish it back to its original appearance. We are able to do this due to our investment in a Rotex hand-held random orbit polisher which is ideal for working on relatively small areas or confined spaces.

First, using only water as a cutting medium, we removed the surface of the stone with a 90mm 400-grit diamond pad fitted to the Rotex machine. This cut the surface back, removing all the pitting and light scratching, leaving the stone perfectly smooth and ready for the repolishing process. The slurry produced by this process was thoroughly and carefully rinsed away and the next stage of repolishing begun. 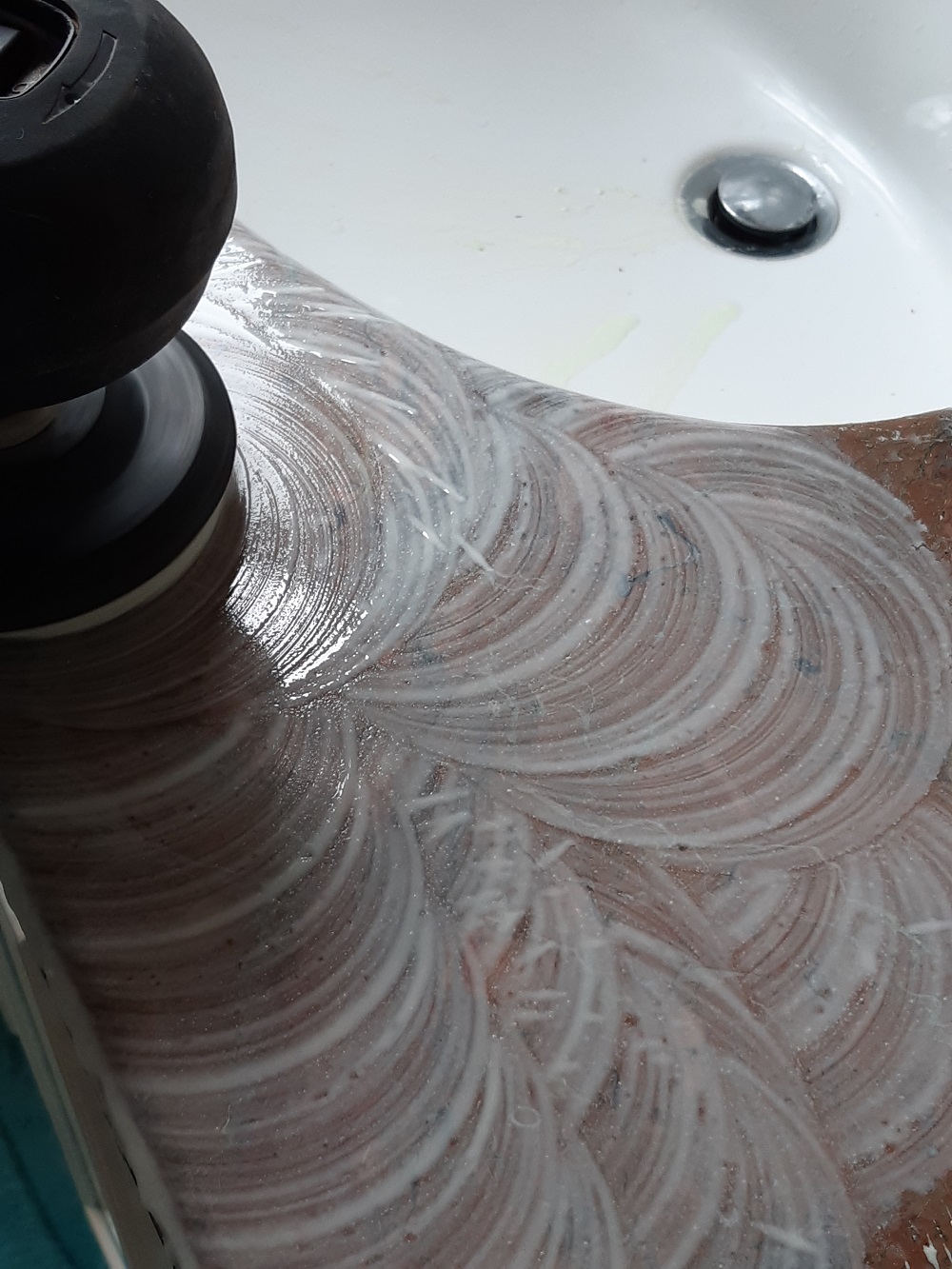 Polishing was done using the Rotex again, but this time fitted with an 800-grit diamond pad which cuts the stone more finely and start sto improve the dull surface left by the coarse 400-grit pad. Again, the slurry produced was rinsed away and a 1500-grit diamond pad was applied to the stone surface, cutting even more finely and beginning to restore the shine back to the marble top.

Once the slurry from this stage had been rinsed and extracted, we dried the work area using a heat gun before finishing the burnishing operation using the Rotex with a very fine 3000-grit diamond pad. For this last stage, a small amount of water is misted over the surface of the stone surface from a trigger bottle. This produced the shine we were after and really brought the stone’s natural colours and features back to life.

In order to provide the Marble countertop with good fluid resistance two coats of Tile Doctor Ultra-Seal were applied to the stone. This is a premium grade penetrating sealer which soaks into the pores of the stone to seal it without leaving any kind of synthetic finish behind. This allows the natural beauty of the polished stone to shine through whilst protecting it from staining. A quick spray buff with a white maintenance pad to remove any smears from the sealing process and we were done. 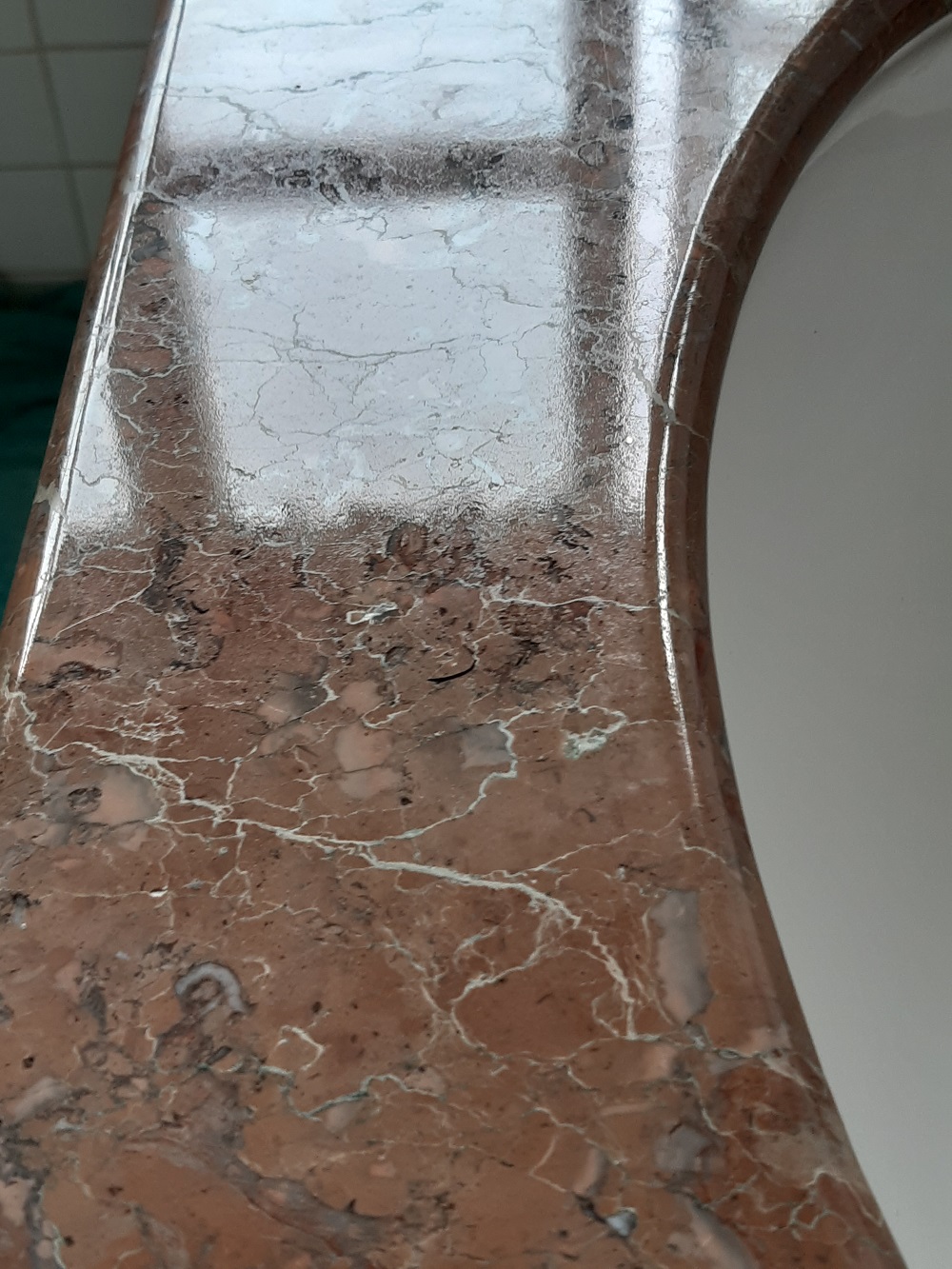 My client was staggered at the result we had achieved and was so relieved that replacement of the sizeable and very expensive Marble top had been avoided. For aftercare I recommended the use of Tile Doctor Stone Patina Spray which is spray-and-buff cleaner that is designed to enhance the natural beauty and lustre of polished stone as it cleans.